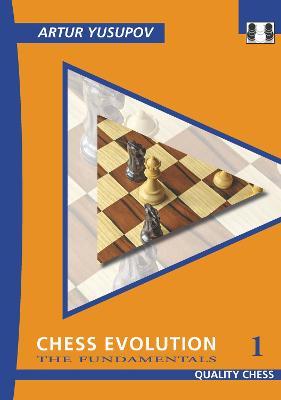 This award-winning instructional series is at the Fundamentals level, which shows players the basic ideas on the road to mastery, using carefully selected positions and advice, plus test puzzles.

Quality Chess is proud to be the publisher of Artur Yusupov's complete course of chess training. Stretching to nine volumes, Yusupov guides the reader towards a higher chess understanding using carefully selected positions and advice. To make sure that this new knowledge sticks, it is then tested by a selection of puzzles. The course is structured on three series with three levels. The Fundamentals Series is the easier one, Beyond the Basics is more challenging, and Mastery is quite difficult, even for stronger players. The various topics - Tactics, Strategy, Positional Play, the Endgame, Calculating Variations, Openings and so on - are spread evenly over the nine volumes, giving the readers the chance to improve every area as they work through the books

036 4) Realizing a material advantage in a pawn ending

056 6) Attacking with queen and knight