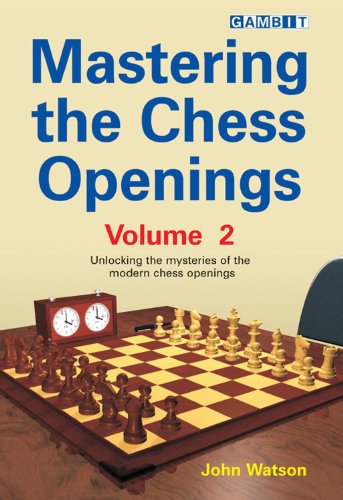 In the second volume of this series, John Watson concentrates on the queen's pawn (d pawn) openings. As with volume one the emphasis is on explanation of the underlying ideas and strategies behind each opening system and the various plans available to each side. By using key games and verbal explanations Watson shows how the theory of each opening has developed with time and why certain lines are nowadays more popular than others.The book is aimed at club and tournament players and offers enough information to enable a player to take up an opening, without being a comprehensive reference on d pawn openings. More coverage is given to popular openings that have stood the test of time but many sidelines are covered in the nine chapters:1 Introduction to 1 d4 and the Closed Games2 Queen's Gambit Declined3 Slav and Semi-Slav4 Introduction to the Indian Defences5 Nimzo-Indian Defence6 Queen's Indian Defence7 King’s Indian Defence8 Grünfeld Defence9 Modern Benoni