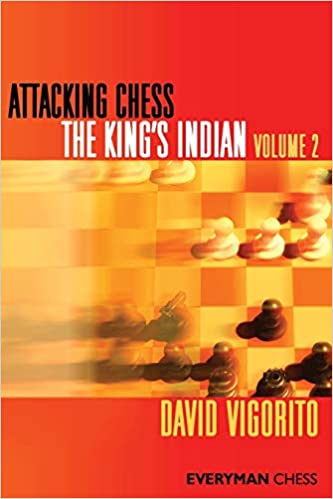 The King's Indian remains a hugely popular opening – unsurprising given the attacking opportunities it offers. In many of the ultra-sharp main lines, White wins the queenside battle but this often turns out to be a Pyrrhic victory as Black wins the war by checkmating on the kingside! Black is hunting the enemy king and – in practical play – this gives him a psychological edge.

David Vigorito presents an aggressive King's Indian repertoire for Black based on the main lines. Vigorito is renowned for his opening expertise, and his suggested lines are full of innovative ideas. In addition, his lucid explanations of the key plans and tactics will benefit all players. Volume 2 deals with the Four Pawns Attack, the Fianchetto Variation, the Averbakh Variation and many other lines.

ATTACKING CHESS is a brand new series which focuses on traditional attacking openings, as well as creative and aggressive ways to play openings that are not always associated with attacking chess. It provides hard-hitting repertoires and opening weapons designed for players of all levels.

* A King's Indian repertoire for Black

* State-of-the-art coverage of the key lines