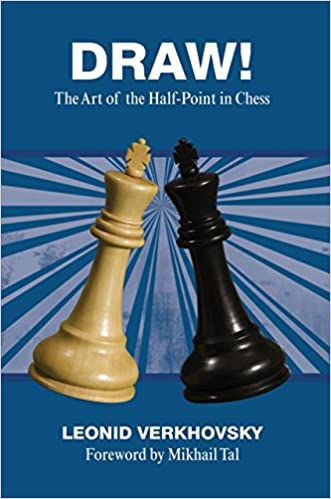 The Luck of the Draw!?We have all seen games ― and perhaps even played them ― in which a difficult or lost game is salvaged by a brilliant drawing combination. In the early 1970s, Soviet International Master Leonid Verkhovsky collected some of the most fantastic draws ever played.You will be captivated by combinations and threats, as inexhaustible imagination in defense and attack counterbalance each other. The chess prowess of one player is basically in equilibrium with the mastery of his opponent. Both are playing for a win, both send their chess armies into close combat, and peace sets in on the chessboard when it practically becomes empty after a long and fierce battle.You will also delight at the spectacular "saving draws," when, although in a difficult position, a player finds all possible (and impossible!) resources to make a draw. Example are drawn from the praxis of world champions and outstanding grandmasters, as well as from the games of lesser-known players. Of special interest is the research made by the author regarding stalemate, that special exception in the rules. The book is crowned with an interesting chapter in which the author addresses the drawn games of the world's top players.