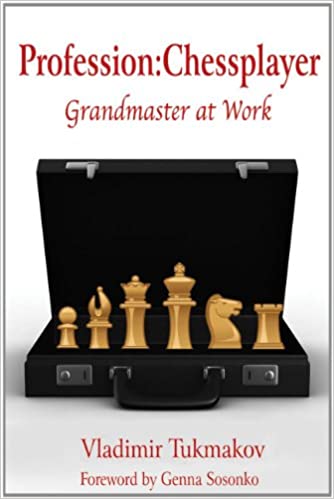 A True Professional.From his childhood, Vladimir Tukmakov realized that there was something special about his ability to play chess. He had it all ― talent, skill and motivation.After winning many junior and student tournaments, he went on to play in fourteen Soviet championships at a time when these were considered some of the most powerful competitions in the world.You are now invited to join the author in a very personal autobiographical journey, as he traces his development from one of many gifted chessplaying children to a powerful international grandmaster, a member of the world's chess elite. For Tukmakov, chess was more than just a hobby or passion ― it was his profession.
From talented boy and strong grandmaster to twice leading the Ukrainian team to gold medals in the 2004 and 2010 Olympiads, Tukmakov's story is a fascinating glimpse into the "golden era" of the Soviet School of Chess, and the trials and tribulations of individual will and genius.
Included are dozens of photographs and over 40 deeply annotated games against some of the strongest chessplayers in the world.