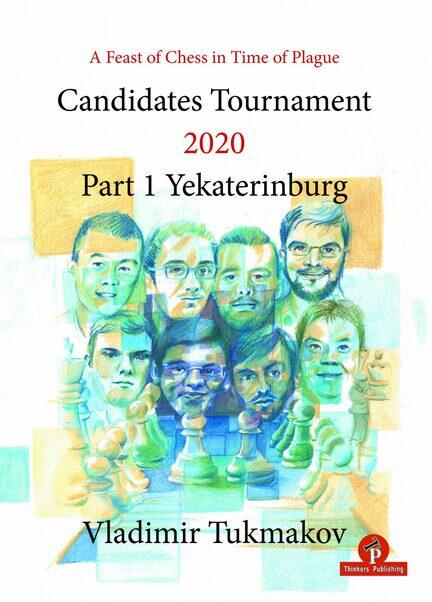 Tukmakov, Vladimir: A Feast of Chess in Time of Plague (PB)

Vladimir Tukmakov, born in Odessa in 1946, was one of the strongest Ukrainian grandmasters. He was winner of several strong tournaments, including the Ukrainian Championship in 1970, and came second in three Soviet championships in 1970, 1972 and 1983. Vladimir was captain of national and club teams - he led Ukraine to Chess Olympiad gold in 2004 and 2010, and was captain of the victorious SOCAR team which won the European Club Cup in 2012 and 2014 - and as a professional coach who has worked with GeIler, Tseshkovksy, Karpov, Korchnoi, Eljanov, Giri, Radjabov and So. This is his third book for Thinkers Publishing.

Another ground-breaking work from Vladimir Tukmakov, bringing the story of the Candidates 2020. According to his observations and analysis the players were ready to fight for a place to chaIlenge the World Champion. However no one could have even imagined how difficult the road to that tournament would be nor how unexpected the outcome. Yet the significance of the actual numbers in this dramatic epic is hard to overestimate which is why the author will attempt to play the role of chronicler and try to describe as accurately as possible the key moments of this historie event.