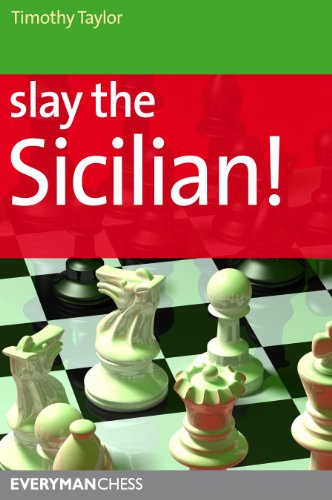 Former US Open Champion Timothy Taylor presents an attacking repertoire for White against the most popular opening in chess - the Sicilian Defence. His repertoire is based first and foremost on the Open Sicilian, which is generally regarded as White's most aggressive and challenging response. Taylor constructs an armoury which contains a potent mix of mainline and offbeat weapons. He examines the most important games, studies in depth the main plans and tactics for both sides, and highlights key practical issues. Read this book and you will be ready to slay the Sicilian!

International Master Timothy Taylor is an experienced tournament player who has enjoyed several notable successes. He is an accomplished chess writer who is renowned for his entertaining and thought-provoking style.