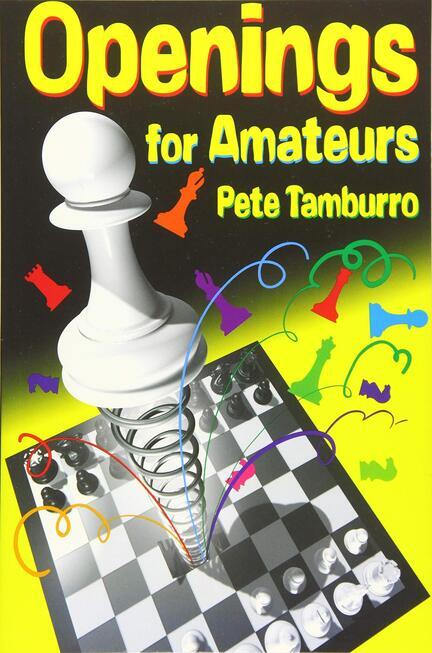 Don’t have the time to study opening theory, or to figure out where you’re going wrong with your games? Are you looking for guidance on how to handle the opening so that you can get a playable middlegame?

Openings for Amateurs is written with two kinds of chessplayers in mind: average “club” players who can’t afford to learn variations 30 moves deep; and scholastic players looking to take the next step in their chess development.

This is really two books in one! The Primer covers the most frequent mistakes made in the opening and considers many common misconceptions about this phase of the game. Popular chess author and lecturer Pete Tamburro devotes special attention to the best ways to meet both tricky lines like the Blackmar-Diemer and the Belgrade Gambit, and “system” attacks such as the Colle and the Barry, while discussing such vexing topics as when to chase a bishop and whether to believe openings manuals.

Part II offers a selection of openings that you are invited to consider based on your needs, and presents 53 annotated model games to help you understand the openings’ ideas rather than just memorizing moves. The aim is to help you determine where you are now and then how to pursue your chess goals - while helping you right away to survive the opening in your next tournament!

Chess Life and Chess Life for Kids columnist Pete Tamburro hosted the popular Openings for Amateurs lecture series on chess.fm and the Internet Chess Club. In addition to coaching college basketball and championship high-school chess and cross-country teams, Pete has been voted Chess Journalist of the Year (2006) and named New Jersey’s Outstanding Teacher of History (1990). His chess books include writing Learn Chess from the Greats and editing the Kasparov Foundation’s Teaching Chess Step by Step series.