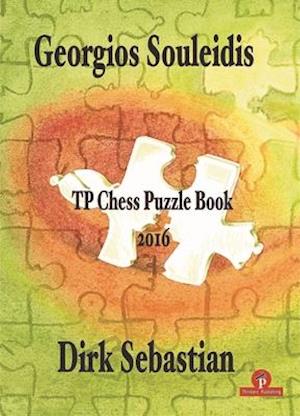 International Masters Georgios Souleidis and Dirk Sebastian started for TP a yearly new series of exercise books. They selected for their first volume an exceptional amount of great tactical themes and puzzles. They have only one message for the devoted chess player: focus and exercise!

Dirk Sebastian (1979) is an International Master and chess coach, born, raised and living in Hamburg, Germany. He has one GM-norm, scored in the highest German "Bundesliga", where he plays for his home team for over 15 years.

Georgios Souleidis (1972) is an International Master and has a Master degree in communication science. Souleidis, of Greek descent, was born in Germany and lives in Hamburg. He works as a chess coach and journalist. He is a six-time Greek team champion and won several open tournaments.