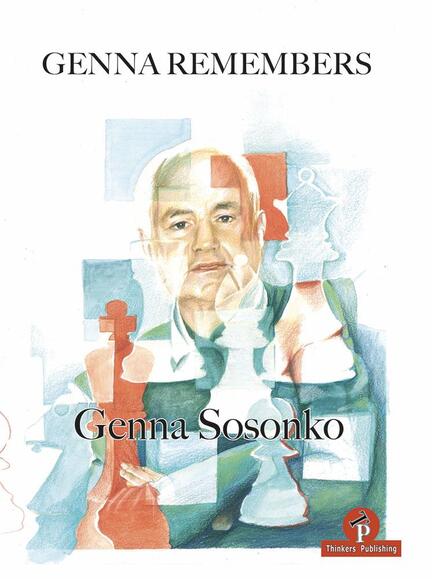 Half a century ago I left a country, the red color of which dominated a large portion of the world map. One way or another, the fate of almost every single person described in this book is forever linked with that now none-existent empire. Many of them ended up beyond its borders too. Cultures and traditions, and certainly not least of all a Soviet mentality, couldn’t have just left them without a trace. Having been transplanted into a different environment, they had to play the role of themselves apart from certain corrections with regard to the tastes and customs of a new society. Nevertheless, every one of them, both those who left the Soviet Union, and those who stayed behind, were forever linked by one common united phenomenon: they all belonged to the Soviet school of chess.

This school of chess was born in the 20’s, but only began to count its true years starting in 1945, when the representatives of the Soviet Union dominated an American squad in a team match. Led by Mikhail Botvinnik, Soviet Grandmasters conquered and ruled the world, save for a short Fischer period, over the course of that same half century. In chess as well as ballet, or music, the word “Soviet” was actually a synonym for the highest quality interpretation of the discipline.

The Soviet Union provided unheard of conditions for their players, which were the sort of which their colleagues in the West dare not even dream. Grandmasters and even Masters received a regular salary just for their professional qualifications, thereby raising the prestige of a chess player to what were unbelievable heights.

It was a time when any finish in an international tournament, aside from first, was almost considered a failure when it came to Soviet players, and upon their return to Moscow they had to write an official explanation to the Chess Federation or the Sports Committee.

The isolation of the country, separated from the rest of the world by an Iron Curtain, was another reason why, talent and energy often manifested themselves in relatively neutral fields.

Still if with music, cinematography, philosophy, or history, the Soviet people were raised on a strict diet, that contained multiple restrictions, this did not apply to chess. Grandmasters, and Masters, all varied in terms of their upbringing, education, and mentality and were judged solely on their talent and mastery at the end of the day. Maybe that’s why the Soviet school of chess was full of such improbable variety not only in terms of the style of play of its representatives, but also their different personality types.

Built was a gigantic chess pyramid, at the base of which were school championships, which were closely followed by district ones. Later city championships, regions, republics, and finally-the ultimate cherry on top-the national event itself. The Championships of the Soviet Union were in no way inferior to the strongest international tournaments, and collections of the games played there came out as separate publications in the West.

That huge brotherhood of chess contained its very own hierarchy within. Among the millions, and multitudes of parishioners-fans of the game-there were the priests-candidate masters. Highly respected were the cardinals-masters. As for Grandmasters though well ... they were true Gods. Every person in the USSR knew their names, and those names sounded with just as much adoration, and admiration as those of the nation’s other darlings-the country’s best hockey players. In those days the coming of the American genius only served to strengthen the interest and attention of society towards chess, never mind the fact that by that point it had already been fully saturated by it.

The presence of tons of spectators at a chess tournament in Moscow as shown in the series “The Queen’s Gambit” is in no way an exaggeration. That there truly was the golden age of chess.

Under the constant eye, and control of the government, chess in the USSR was closely interwoven with politics, much like everything else in that vanished country. Concurrently, the closed, and isolated society in which it was born only served to enable its development, creating its very own type of culture-the giant world of Soviet chess.

I was never indifferent to the past. Today, when there is that much more of it then the future, this feeling has become all the sharper. The faster the twentieth century sprints away from us, and the thicker the grass of forgetting grows, soon enough, and under the verified power of the most powerful engines that world of chess will be gone as well.

It was an intriguing, and colorful world, and I saw it as my duty to not let it disappear into that empty abyss.

009 Chapter 1 An Opening of Four Knights and Two Jackasses

035 Chapter 3 A Border under Lock and Key

075 Chapter 6 Are Cranes Not Better in the Sky?

173 Chapter 10 The Diviner and Two Kings