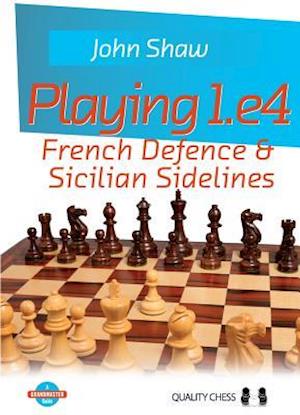 Developing an effective repertoire with 1.e4 requires extensive research, mixed with fine judgement and a good deal of creativity. In this, the second of three volumes, GM John Shaw turns the analytical spotlight on the French Defence, advocating his own favourite weapon for White, the Tarrasch Variation. The final part of the book begins the mammoth task of tackling the Sicilian Defence, by considering a number of rare but tricky options available to Black in this opening.

Just like the previous volume in the series, this book is based upon a foundation of tried and tested main lines, boosted by a number of innovative suggestions that will cause no end of trouble to your opponents. The repertoire is completed by a third volume, which covers the main lines of the Sicilian.

John Shaw is a grandmaster and three-time Scottish Champion.