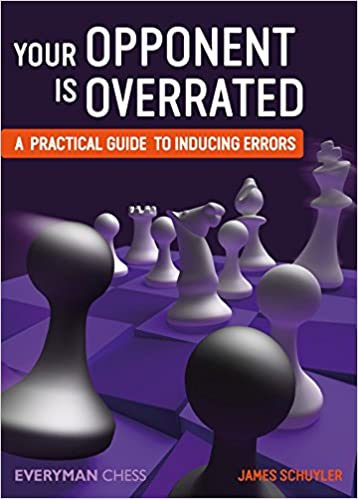 Which opening does better in practice: the wild, “unsound” and “refuted” Latvian Gambit (1 e4 e5 2 Nf3 f5) or the solid Philidor Defence (1 e4 e5 2 Nf3 d6)?As James Schuyler points out, referring to the definitive Megabase, the Latvian Gambit scores higher.How can such a discredited opening (and the same story is repeated with other “unsound” openings) do so well? The point is that playing like this throws the opponent off balance, makes them anxious and induces mistakes.Even the very best players recognize the value of discomforting the opponent. Historically, Emanuel Lasker was the master of this approach and his modern day equivalent is world champion Magnus Carlsen. Carlsen frequently employs offbeat openings and his opponents invariably fail to counter them correctly.This is the key theme of this book. Schuyler covers all phases of the game and discusses other vital subjects such as harassment, material imbalance, time management, surprise moves, unusual ideas, provocative play, manoeuvres and recovering from bad positions.