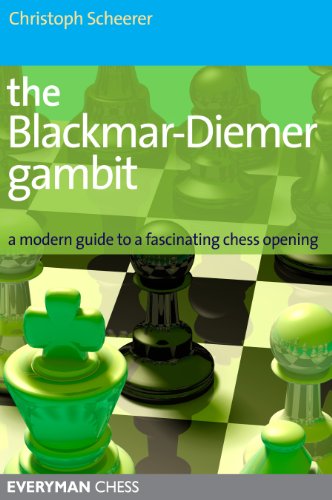 Do you like setting your opponent problems from the very first move?Are you happy to roll the dice and take some risks?Then enter the intriguing world of the Blackmar-Diemer Gambit!The Blackmar-Diemer Gambit is a dangerous attacking opening which has amassed a cult following – a loyal band of supporters like no other in chess. White sacrifices a pawn in return for a strong initiative which tests Black’s defensive capabilities to the limit. Some experts have questioned its objective soundness but there’s no doubting its effectiveness over the board, where pressure and a ticking clock often mean it’s impossible to find the right defence.In this book, Christoph Scheerer takes a modern-day look at the gambit. He examines in detail the most promising lines for White and the most resilient defences for Black, discusses the key ideas for both sides and highlights the many traps awaiting the unsuspecting player.* Up-to-date coverage of the key lines* Packed with original ideas and analysis* Ideal for club and tournament players