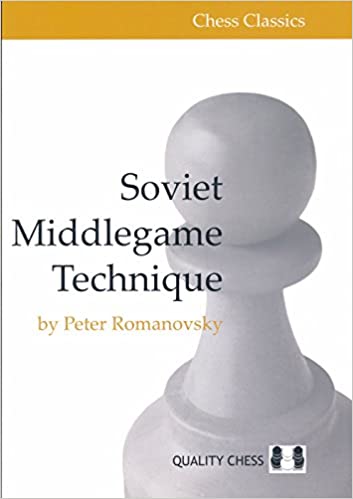 Many of the classics of Soviet chess literature have struggled to see the light of day, but none more so than Soviet Middlegame Technique by Peter Romanovsky. The original version of this famous guide to the middlegame was published in 1929 when Romanovsky was Soviet Champion. Romanovsky later decided to update and improve his work. As he finished his work in 1942, World War II was underway and Romanovsky was trapped in the notorious siege of Leningrad. The author barely survived and his manuscript was lost.

Romanovsky was undeterred and finally recreated his improved book in 1960. His writing was later translated into English and published in two titles – one on Planning and the other on Combinations. In this fresh translation we have included both works to create the ultimate version of a classic of Soviet chess literature.

GM Alexander Kotov on Romanovsky: “One of the best books in the world’s chess literature