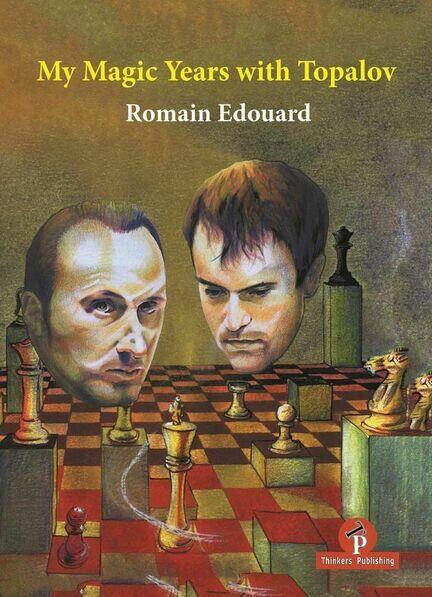 Romain Edouard, highest rating 2702, has been a member of the French national team since 2011. As a teenager, he won the gold medal at the European U16 Championship in 2006 and silver at the European and World U18 Championships in 2007. He became an IM at the age of 16, GM at 17, French Champion at 21, and has won numerous international events all over the world. He is a regular columnist whose articles appear in the world's leading chess magazines, and has also written several books for Thinkers Publishing, including the popular series Chess Calculation Training.

In this new book, Romain examines the latest aspect of his chess career - being the second of a world class player. He worked with Veselin Topalov from 2010 until 2014, notably helping him win the 2012-2013 Grand Prix series and become a World Championship candidate.

Romain tells you everything ybout his 'magic' experience in this book. Going through the tournaments where he assisted GM Topalov, the author not only analyses beautiful games, but also explains how they managed to invent new ideas and even reveals some that haven't been played yet. He also answers questions most chess fans will be curious about: How do you become the second of a top player? What does the job involve? How do you work together? How do you prepare for an important game or important tournament? What is a chess genius like in real life?

if you enjoy fascinating games and unexpected opening ideas, and would like to know what goes on behind the scenes, this book is for you!

031 Chapter 2 - The Start of Our Cooperation

201 Chapter 8 - Preparing for the Candidates