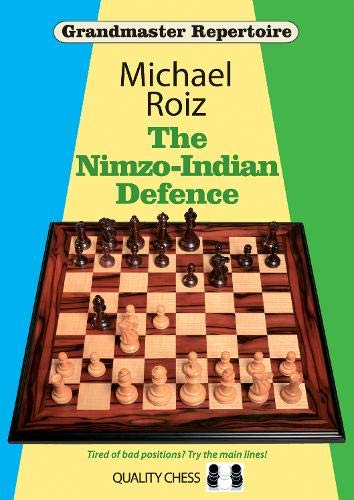 The Nimzo-Indian Defence has been one of the most trusted defences against 1.d4 ever since its conception a century ago. It has been used in World Championship matches by Fischer, Karpov, Kasparov, Kramnik, Anand and Carlsen.

The Nimzo-Indian combines fast development with a solid pawn structure and great flexibility, which is why champions with such varied styles all gravitated towards it. This book supplies an elite repertoire built upon positional principles, offering active piece play and a fight for the initiative.

Grandmaster Michael Roiz has represented Israel many times. As well as his numerous tournament victories, he is an Olympiad Silver Medallist and has been ranked in the world’s top 40. In recent years he has focused more on seconding, helping elite grandmasters in top tournaments, the Candidates and even a World Championship match.