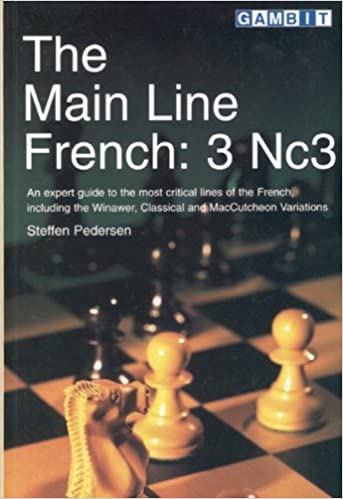 The French is a sound and resilient defence, which also provides abundant opportunities for counterplay. As a result it has been favoured by such great fighting players as Lasker, Botvinnik and Korchnoi. Current adherents include Short, Shirov, Morozevich and Khalifman. By playing 3 Nc3, White confronts the French head-on. The upshot is often a ferocious battle as Black tries to destroy or damage White's central pawn phalanx. Some of the variations, such as the notorious Winawer Poisoned Pawn, are among the sharpest in opening theory. However, both sides have quieter, more positional, options at their disposal, so there is truly something for everyone in the Main Line French. This book, the first of two volumes by Pedersen on the French, covers all lines after 3 Nc3, including the Winawer (Nimzowitsch), Classical (including the Steinitz), MacCutcheon and Guimard Variations. There is also a full discussion of 3...dxe4, a move that has found favour among those seeking to avoid theory.