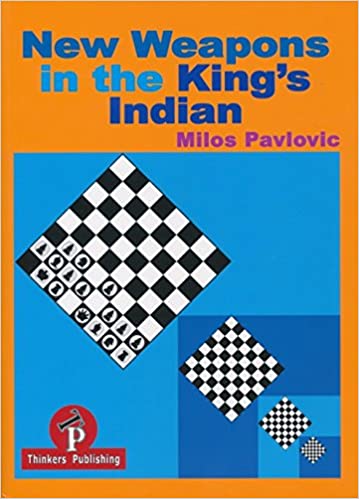 King's Indian was and still is one of my favourite openings that I used for many years in my chess career. Many books were written on the subject but I wanted to attempt not to copy what existed, aiming at a more personal angle and presenting some authentic material that is not known or was never popular for the wrong reasons. Many great players in the past played the King's Indian and gave it a modern look, to name some: Fischer, Bronstein, Boleslavsky, Gligoric, Kasparav, Nunn are some famous names that popularized this opening. Nowadays Radjabov and Nakamura are known for using it regularly on the top level. The pure understanding of the KI does not come easy. Nothing is of a forced nature and there are a lot of strategical goals that are needed to fully understand. 'Dynamics' in closed positions are an ever returning key aspect, this is essential to understand for anyone who wants to play this opening properly. In this book I tried to make it comfortable to the readers, enabling them to adapt fast to what I present. After all, if you want to play for a win with Black, lots of pieces on the board present an ultimate tool for your desired result! That is also the most difficult issue to realize when an opening of this kind should occur and when not: what are the strangest points of the position and which ones are less dramatic.

This book contains the most important lines against the most common White's setups. While there are also some transpositions to the lines of the Benoni, for instance in the 'Four Pawns Attack' because I'm convinced that ' ... c5' is then the best reaction. Also, for instance the line given against the 'Fianchetto set-up' is not completely independent, in a sense that it is a purely King's Indian type of line the readers will receive, but it represents the important and unique aspect that can arise from different move orders, a kind of an universalline. I think the lines should be called by the names of players responsible for their development, in case of the 'Nf3-h3' line I think it should be called the 'Makagonov-line', developed by the famous Russian theoretician.

The King's Indian offers a variety of possibilities in terms of how the game can be conducted. What I mean is that the ' ... e5 and ... c5' reactions are possible and not only that but in the lines with ' ... e5' I tried to focus when it was possible to combine that with ' ... exd4' ideas, ideas that for some reasons remained a bit underrated in the past.

For me at least to make a combination of closed and semi-closed positions was an interesting choice. That's why I didn't want to write about the ' ... Na6, ... Nc6 or ... Nbd7' lines where the centre could be closed at any move or moment. Presenting something different and new kind of material was my goal with this book. I hope you will enjoy the King's Indian even more!