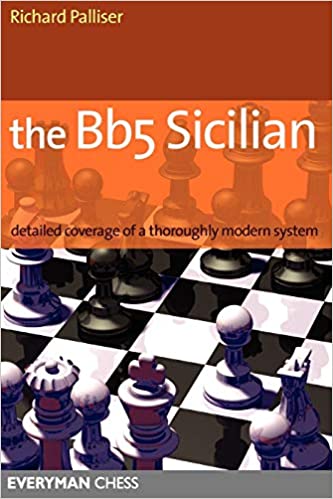 The Bb5 Sicilian is a logical and practical weapon against Black's most popular defence to 1 e4 and is an excellent choice for White players who are fed up of constantly trying to keep abreast of the latest developments in the Open Sicilian. The early bishop move signals White intention to develop rapidly and it can lead to both wild gambit play and calmer positional waters. Significantly, this opening weapon has the seal of approval from many of today's elite Grandmasters, including Vishy Anand, Mickey Adams and Peter Leko, while Garry Kasparov utilised it successfully in his famous Internet game versus 'the rest of the world'.

Now, for the first time in many years, Richard Palliser provides a comprehensive study of the Bb5 Sicilian and its many variations. Using illustrative games, he examines both the crucial main lines and the more unusual tries for White and Black, highlighting tactical and positional ideas as well as move order nuances. A study of this book will allow the reader to play both sides of this opening with confidence.