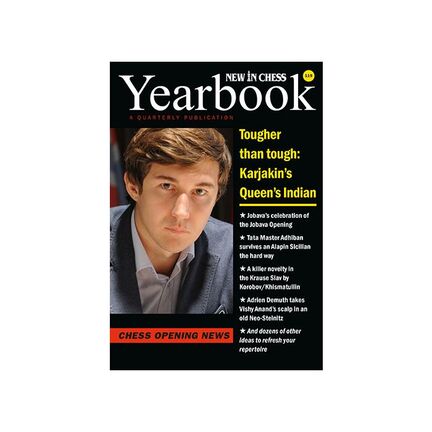 Baadur Jobava himself explains the big fun of the Jobava opening (1.d4, 2.Bf4, 3.Nc3), and Rene Olthoff pays tribute to Genna Sosonko: his Dragons, his Catalans, his deep knowledge and sparkling personality.

In the 256 pages of this issue of the Yearbook you will further find answers to urgent questions such as: