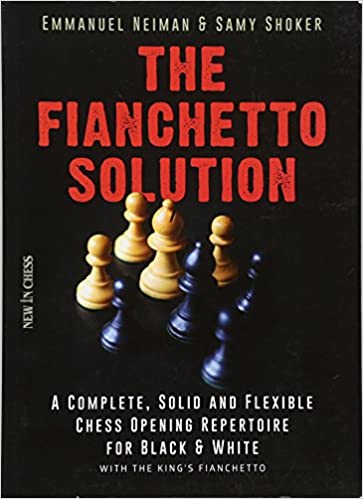 When experienced chess teacher Emmanuel Neiman learned that some of his pupils hesitated to play in competitions for fear of being crushed in the opening, he wanted to help. Neiman knew that amateurs have little time to seriously study opening theory, so he had to come up with a practical, complete, easy to learn and solid opening repertoire that would not outdate rapidly.And that is what he did. Neiman advises amateurs to play (with both colours!) the flexible King's Fianchetto system, where the Bishop is a defender of the King and at the same time an attacker. No matter what side you are, you use the same basic ideas: as White you are targeting the white squares and as Black the black squares, while applying roughly the same strategies, plans and tactical motifs.Neiman has teamed up with Samy Shoker, who gained the Grandmaster title by mainly playing the King's Fianchetto systems (and sometimes beating 2700+ rated players with it!). The result is a complete and practical repertoire which will give club players a solid and flexible middlegame position they can feel at home in, without the arduous task of memorizing long and forcing variations.Neiman and Shoker don't promise you a large advantage if you play their system, but one thing is certain: after studying this entertaining book you can play the opening confidently and you will be a better all-round player because you have learned many essential middlegame lessons. Even (very) strong players will find their ideas useful as an easy-to-play occasional weapon.