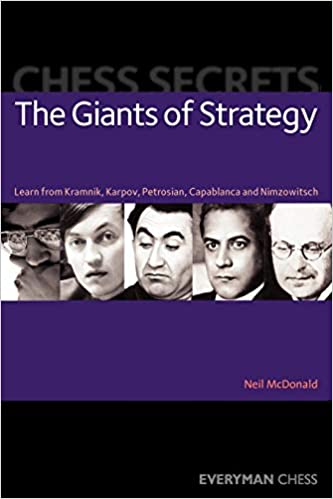 The chess world has been blessed by a number of wonderful strategists, and in Chess Secrets: The Giants of Strategy, Neil McDonald decides upon his selection of the most prominent ones, highlighting the major contributions they have made. McDonald examines their differing approaches and styles, and from Nimzowitsch to Kramnik, how they followed in each other's footsteps.Throughout history there have been many famous players who have dazzled the chess world with their swashbuckling approach to opening play. In Chess Secrets: The Great Gambiteers, John Cox picks out his selection of famous gambiteers and studies the mark they made in the sphere of attacking play in the opening. Themes include attacking the opponent's king, exploiting a lead in development, controlling the centre, as well as the significant enhancement of opening theory through the invention of numerous dangerous gambits.*Learn from the greats of the game*Discover how famous chess minds work*Written in an easy-to-read format*Ideal for improvers, club players and tournament players