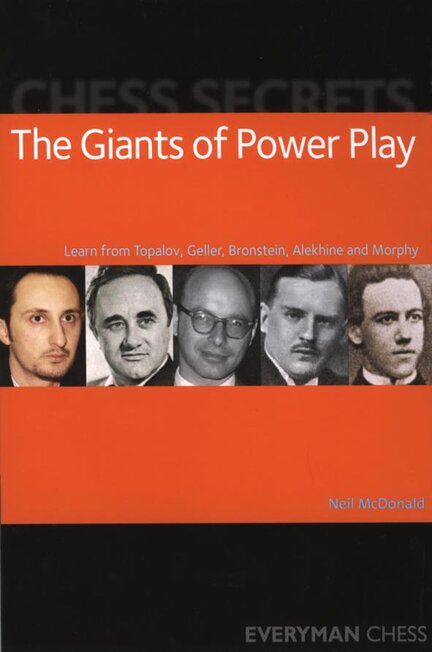 Chess Secrets is a series of books which uncover the mysteries of the most important aspects of chess: strategy, attack, opening play and gambits, classical play, endgames and preparation. In each book the author studies a number of great players from chess history who have excelled in a particular field of the game and who have undeniably influenced those who have followed.

In The Giants of Power Play , Neil McDonald selects five players who have excelled in the field of 'power play' - the art of putting opponents under constant pressure. The methods of doing so are numerous, including gaining rapid development in return for material to build up an initiative, preparing powerful opening ideas in advance, or even developing completely new opening systems. McDonald examines the contributions made by each player, their differences in approach and style, and from Morphy to Topalov, how they followed in each other's footsteps. A study of this book will help you to enhance your skills in one of the most crucial elements of the game.

English Grandmaster Neil McDonald is an experienced and successful player on the international chess circuit. He is a respected chess coach, who has trained many of the UK's strongest junior players. McDonald is also a talented chess writer and has many outstanding works to his name.