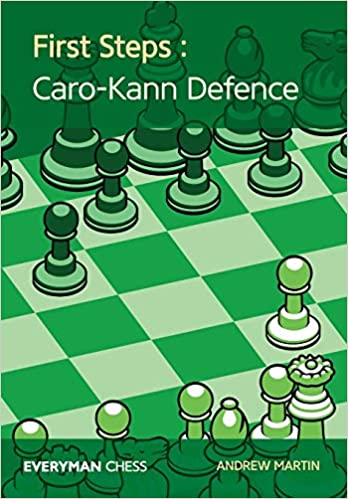 199,00 kr.
99,00 kr.
Varenummer: 9781781944165
The Caro-Kann Defence arises after the moves 1 e4 c6. With this first move Black (as is also the case with the French Defence – 1 e4 e6) plans 2 ... d5, establishing a well-protected central pawn. The Caro-Kann has a reputation as a rock solid defence that minimises the risk of Black being subjected to undue early pressure. Rather than inviting the opponent to engage in immediate warfare, Black focuses on completing development comfortably and postponng the serious battle until the middlegame. It is notable that the White systems which try to batter the Caro-Kann into early submission are highly double-edged and often rebound badly.
First Steps is a new opening series and is ideal for improving players who want simple and straightforward explanations. First Steps emphasizes:
* the basic principles
* the basic strategies
* the key tricks and traps
First Steps books are based around carefully selected instructive games which demonstrate exactly what both sides are trying to achieve. There is enough theory to enable the improving player to get to grips with the opening without feeling overwhelmed. If you want to take up a new opening, First Steps is the ideal place to start.
−
1
+
Tilføj til kurv
Egenskaber
Udgivelsesår
2018
Forlag
Everyman Chess
Antal sider
240
Sprog
Engelsk
Kontaktoplysninger
DANSK SKAKSALG ApS
Hedemarksvej 11
8340 Malling
Telefon: 61136460
CVR: 56564314
Links
Handelsbetingelser
Cookies
Kunde login
Om os
Kontakt