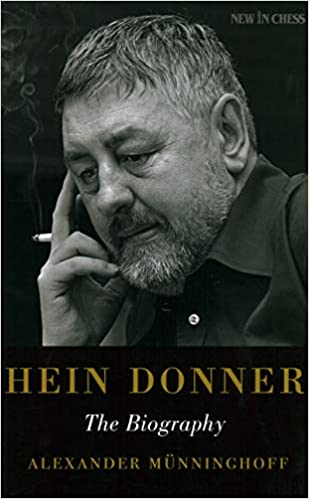 Hein Donner (1927-1988) was a Dutch Grandmaster and one the greatest writers on chess of all time. He was born into a prominent Calvinistic family of lawyers in The Hague. His father, who had been the Minister of Justice and later became President of the Dutch Supreme Court, detected a keen legal talent in his son. But Hein opted for a bohemian lifestyle as a chess professional and journalist. He scored several excellent tournament victories but never quite fulfilled the promise of his chess talent. Hein Donner developed from a chess player-writer into a writer-chess player. His provocative writings and his colourful persona made him a national celebrity during the roaring sixties. His book ‘The King', a fascinating and often hilarious anthology spanning 30 years of chess writing, is a world-wide bestseller and features on many people's list of favourite chess books.