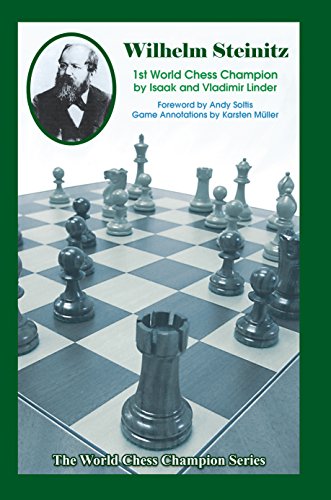 The first official world champion, Wilhelm Steinitz, was a towering figure in the chess world in the last quarter of the 19th century. For nearly three decades, he never lost a serious match. His opening innovations have resonated for more than a century. For example, for those who do not wish to meet the Ruy Lopez with 3 ...a6, the Steinitz Defense, 3 ... d6, may still be one of the best ways to meet the "Spanish Torture." In the early 1870s, he formulated a positional approach that served as the foundation of modern chess. And his pioneering work on chess theory has been a major, enduring inftuence since it was postulated. Moreover, if we think of his achievements as a writer, not just as a player, Steinitz was unique. Few authors before or since even come close. And none of his great successors could match his versatility and output. The great Aron Nimzovich, a creative genius in his own right, put it succinctly: "Steinitz had probably only one imperfection - that he was about 50 years, at least, ahead of his generation!"