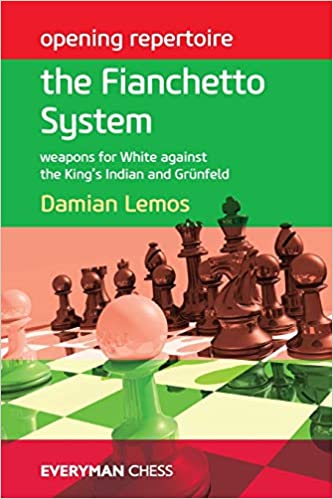 159,00 kr.
79,50 kr.
Varenummer: 9781781941607
Grandmaster Damian Lemos presents a repertoire for White against both the King's Indian and Grünfeld defences. Many players struggle to find suitable lines to challenge these two popular and dynamic openings, or find the masses of theory in the main lines difficult to digest. Lemos solves this perennial problem by advocating a solid system of development based on the fianchetto system, where understanding ideas is more important than move memorization. By playing a very early g3 and Bg2, White protects his kingside, denies Black much of the counterplay typically associated with the King's Indian and Grünfeld, and creates long-term pressure on the queenside. Lemos's choices in this book are largely based on his own repertoire he used on the way to becoming a Grandmaster. Using illustrative games, Lemos examines the typical tactics and strategies for both sides and highlights key move order issues. This book tells you everything you need to know about playing the Fianchetto System against the King's Indian and Grünfeld.
*A repertoire for White after 1 d4 Nf6 2 c4 g6
*Includes the King's Indian, Grünfeld and Symmetrical English.