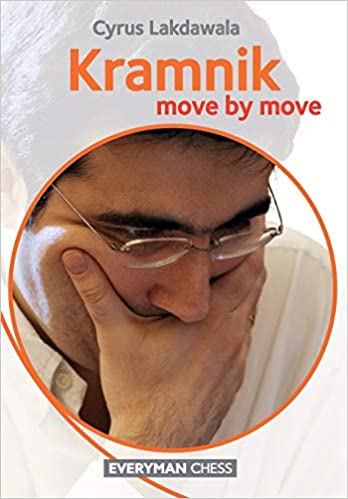 Vladimir Kramnik is a giant of the chess world. He firmly secured his legendary status when he won the World Championship in 2000 by defeating the previously dominant Garry Kasparov - the only player ever to do so in a match. Kramnik held on to his crown for seven years, and today he remains one of the World's elite players. In this book, former American Open Champion Cyrus Lakdawala invites you to join him in a study of his favourite Kramnik games. Lakdawala examines Kramnik's renowned skills in attack and defence, exploiting imbalances, dynamic elements, accumulating advantages and endgame play, and shows how we can all improve by learning from Kramnik's masterpieces. Move by Move provides an ideal platform to study chess. By continually challenging the reader to answer probing questions throughout the book, the Move by Move format greatly encourages the learning and practising of vital skills just as much as the traditional assimilation of knowledge. Carefully selected questions and answers are designed to keep you actively involved and allow you to monitor your progress as you learn. This is an excellent way to improve your chess skills and knowledge.