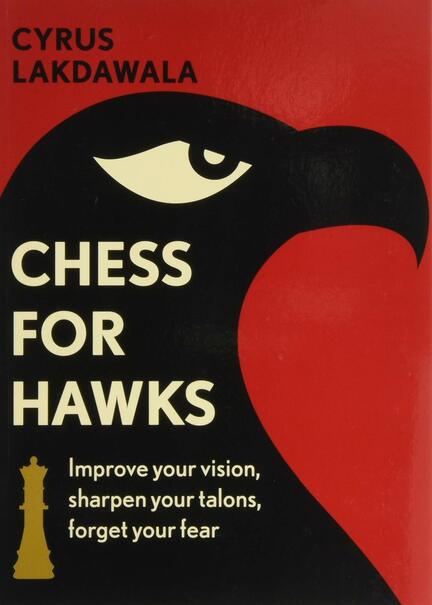 Are you a dove or a hawk? Is your natural instinct at the chessboard for caution and strategy or do you crave adventure and confrontation? This question may be more important than you think because being aware of your personal style (and that of your opponent) is essential in your development as a chess player.
As a 10-year-old boy, Cyrus Lakdawala realized to his horror that he was a dove when his chess teacher reprimanded him for playing an unnecessary defensive move instead of banging out a better and aggressive one that was not so difficult to find. Since then, Lakdawala has devoted an important part of his efforts as a player to trying to resist his natural tendency to over-solidify positions and avoid complications.
Chess for Hawks is the fascinating and often hilarious story of Lakdawala's struggle to release his inner hawk.
It is also a highly instructional guide that will make you think about questions you may not have thought about before: why do you miss opportunities to win a won game?, does deliberately breaking a rule come easy to you?, how good are you at ignoring a threat?, and at refusing a draw offer?, are you able to distinguish between patience and apathy?, do you hate to trade queens?, do you find it difficult to weaken your structure in exchange for initiative or attack?, do you like games with opposing wing castling? and do you know when to trade in initiative for material?
Cyrus Lakdawala does something no other chess writer has done before: he makes you reflect deeply about your style of play and its consequences. After reading Chess for Hawks you will be a stronger player because you have mastered an essential but neglected skill: you will know how to obey the position's requirements instead of your natural inclination.