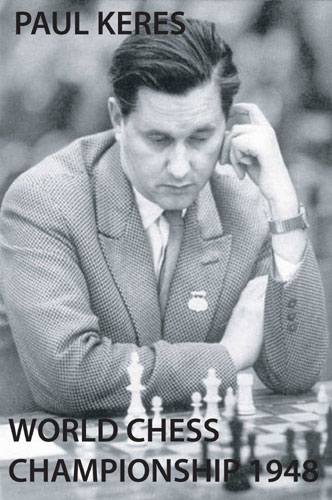 After the death of Alekhine in 1946, FIDE took charge of the World Chess Championship and it was resolved that the new World Champion should be decided by a tournament. Botvinnik, Smyslov, Reshevsky, Keres and Euwe fought for the crown. The outright winner was Mikhail Botvinnik. Paul Keres spent several months after the tournament giving it a fitting tribute. The result is this epic work, one of the most highly acclaimed tournament books in the history of chess. Former World Champion Gary Kasparov said that it was one of the three best chess books ever written. He repeated his praise for this book in 2016. Boris Gelfand, who drew a match against Anand for the World Championship in 2012 is also full of praise for it. Readers will very quickly see for themselves how Keres explains what is going on with exceptional clarity. The level of accuracy in his analysis is surprisingly high. Even with the strongest chess engines of today it is tough to crack his analysis. The quality of the games coupled with Keres' unique analytical ability and his huge theoretical knowledge of all aspects of the game point the way to a richer understanding of practical chess.