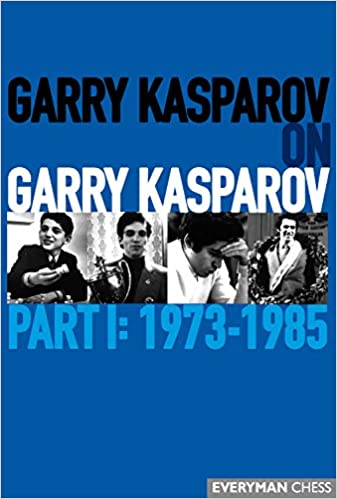 Garry Kasparov on Garry Kasparov: Part 1 is the first book in a major new three-volume series made unique by the fact that it will record the greatest chess battles played by the greatest chessplayer of all-time. The series in itself is a continuation of Kasparov's mammoth history of chess, comprising My Great Predecessors and Modern Chess.

Kasparov's historical volumes have received great critical and public acclaim for their rigorous analysis and comprehensive detail regarding the developments in chess that occurred both on and off the board. This new volume and series continues in this vein with Kasparov scrutinising his most fascinating encounters from the period 1973-1985 whilst also charting his development away from the board.

This period opens with the emergence of a major new chess star from Baku and ends with Kasparov's first clash with reigning world champion Anatoly Karpov - a mammoth encounter that stretched out over six months. It had been known in Russia for some time that Kasparov had an extraordinary talent but the first time that this talent was unleashed on the western world was in 1979. The Russian Chess Federation had received an invitation for a player to participate in a tournament at Banja Luka and, under the impression that this was a junior event, sent along the fifteen year old Kasparov (as yet without even an international rating!). Far from being a junior tournament, Banja Luka was actually a major international event featuring numerous world class grandmasters. Undeterred Kasparov stormed to first place, scoring 11.5/15 and finishing two points clear of the field. Over the next decade this “broad daylight” between Kasparov and the rest of the field was to become a familiar sight in the world's leading tournaments.

Garry Kasparov is generally regarded as the greatest chess player ever. He was the thirteenth World Champion, holding the title between 1985 and 2000. His tournament record is second to none, featuring numerous wins in the world's major events, often by substantial margins. As well as his outstanding successes, Kasparov has constantly promoted the game; he has done more than anyone to popularise chess in modern times.