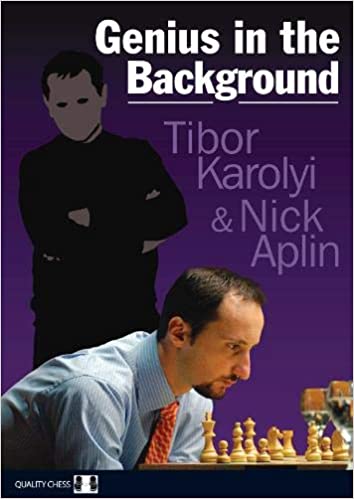 Genius in the Background introduces brilliant chess that will be unfamiliar to even well-read chessplayers. Twelve chess stars are profiled with examples of their greatest achievements, but these stars are not famous – they are geniuses who stay in the background. For example, Pervakov and Afek are not household names but they compose chess studies and puzzles of such elegance and cleverness that they deserve to be famous. Top players such as Garry Kasparov and Veselin Topalov may be famous names to chess fans, but they did not become World Champions without great help – two of their coaches are profiled in this book and provide insights into the education of a chess champion. A broad range of chess is covered by the twelve profiles – from openings to endgames, puzzles to training. The common thread is beauty and brilliance that deserves to be better known.

Tibor Karolyi is an International Master of chess from Budapest, Hungary. He was Hungarian Chess Champion in 1984 and is also an award-winning author and renowned chess coach. One of his previous books won the Guardian’s chess Book of the Year prize in 2007. Karolyi coached Peter Leko, a former World Championship challenger, during Leko’s teenage years when in the space of four years Leko improved from promising junior to grandmaster. Nick Aplin is a university professor and respected chess author from Singapore.