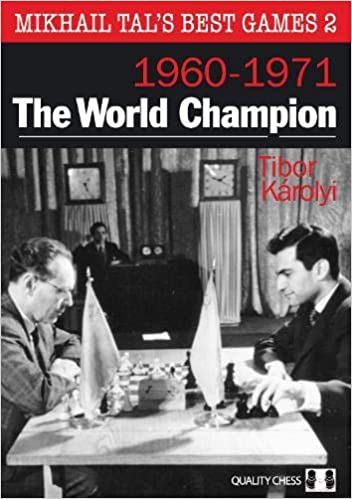 In this, the second of three volumes, award-winningauthor Tibor Károlyi continues his groundbreaking exploration of Tal'ssparkling career. Mikhail Tal is oneof the most celebrated chess players of all time, and in 1960 he demolishedBotvinnik to become the youngest ever World Champion at the time, at the age oftwenty-three.

This book examines some of the golden years of Tal'scareer, from 1960 to 1971. Despite losing his world title in a return matchagainst Botvinnik, Tal remained one of the strongest, not to mention mostpopular and entertaining, players in the world. As in the first volume,cutting-edge chess analysis is complemented by the engaging story of Tal's lifeand career. The book also contains numerous anecdotes from famous players whoshare their memories of the Magician from Riga.