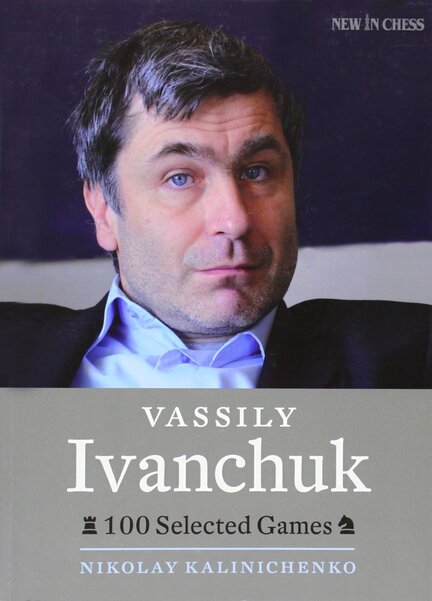 “Chuky, you’re a genius.” Leading grandmasters have been heard to whisper these words, impressed with yet another brilliancy of Vassily Ivanchuk. The Ukrainian wizard, immensely popular with pros and amateurs alike, has been a member of the world elite for more than twenty years and is one of the most active players on the international circuit.Ivanchuk has finished first in all major tournaments in the world, at times with astonishing supremacy and always with deeply creative chess. He has won the Junior World Championship, the Blitz World Championship and reached the number two spot in the world rankings. Four times he was a member of the team that won the Chess Olympiad, once also claiming the individual gold medal on first board.The question why Ivanchuk, with his phenomenal talent and uncompromising passion for the game, has never become World Champion is something of a mystery. The inability to handle stress has been suggested and he himself has pointed at periods of ‘black moods’ or ‘psychological crises’. Still, despite occasional erratic results, he has always maintained his position among the very best.For this book Correspondence Grandmaster and chess author Nikolay Kalinichenko has selected 100 of Vassily Ivanchuk’s best and most instructive games, explaining his moves and plans for club players. The result is a fascinating and rewarding journey to ‘Planet Ivanchuk’, the extraterrestrial location where the sphinx from Lvov is said to receive his best brainwaves.