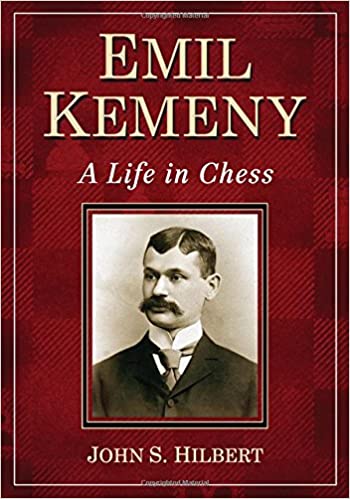 Emil Kemeny appeared on the American chess scene in 1890, a Hungarian chess player on the Lower East Side who had difficulty with English. Within a decade he was considered one of the country's finest chess players and writers. He dominated chess in both Philadelphia and Chicago, where he lived between 1893 and early 1906. Congenial and modest, Kemeny was appreciated for his chess play and valued for the strong friendships he formed during his years in the United States. A tenacious competitor despite poor health, he fought Showalter for the national title, ran his own chess magazine, and provided detailed coverage of Monte Carlo 1903. His chess career as player and writer is presented in detail. Common databases rarely include more than 35 of his games; this book has 227--sixty or more against Halpern, Hanham, Voigt, Showalter and Pillsbury--most with annotations; 361 diagrams. Forty additional period games, hundreds of source notes, tournament and match records, crosstables, a bibliography, and openings, player, and general indexes complete the work.