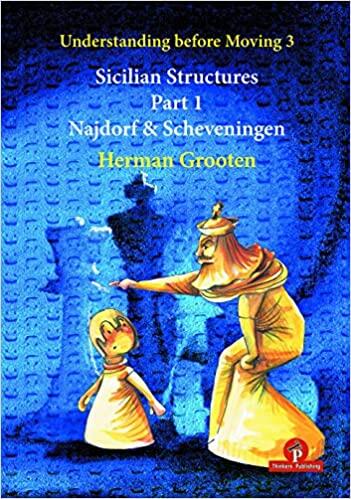 International Master Herman Grooten has over thirty-five years' experience as a professional chess trainer. Many of his pupils have gone on to become very strong players. The best known are grandmasters Loek van Wely, Robin Swinkels, Wouter Spoelman, Jan Werle and Benjamin Bok.

On a journalistic level he works at the popular schaaksite.nl. As an author he has released several books, of which Chess Strategy for Club Players won Chesscafe.coms 'Book of the Year' award in 2009. A revised and extended version of this book was published in 2017. Its successor, Attacking Chess for Club Players, published in 2016, also received great acclaim.

Club players love to study openings as so much material is available. However, it has often been shown that results do not match the amount of study invested, as in practice it is much harder to navigate your way around an opening when the opponent deviates from theory. This is why Herman treats the study of openings in a completely different way. He focuses on increasing insight. In this book he discusses the backgrounds of openings, provides guidelines and explains in an instructive and accessible way the basic principles of a position.