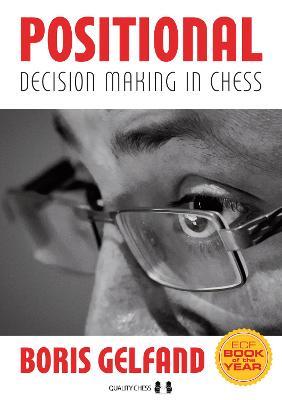 Positional Decision Making in Chess offers a rare look into the mind of a top grandmaster. In his efforts to explain his way of thinking, Boris Gelfand focuses on such topics as the squeeze, space advantage, the transformation of pawn structures and the transformation of advantages. Based on examples from his own games and those of his hero, Akiba Rubinstein, Gelfand explains how he thinks during the game.

Grandmaster Boris Gelfand won the European Junior Championship in 1987 and reached No. 3 in the World in 1990. He has led the Israeli team to numerous medals at both European and Olympiad level. Gelfand won the 2009 World Cup and has participated in six Candidates cycles, winning it in 2011. He lost the 2012 World Championship match in the play-off. At 46 he is still winning tournaments ahead of the best players in the world, in many cases men half his own age.

011 1. Playing in the Style of Akiba Rubinstein