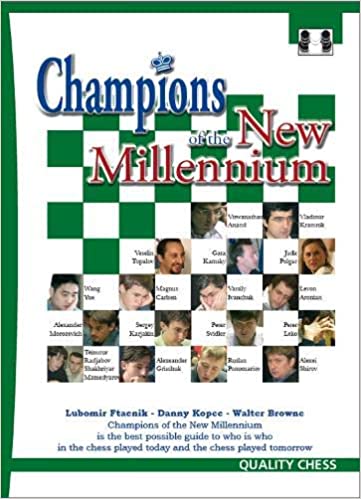 In Champions of the New Millennium three accomplished authors present the eighteen best chess players in the world today. Each player is introduced with an illuminating profile, and then four of his or her finest games are explained in depth.

The players likely to dominate the next decade: Karjakin, Carlsen, Radjabov, Wang Yue, Ponomariov and Grischuk.