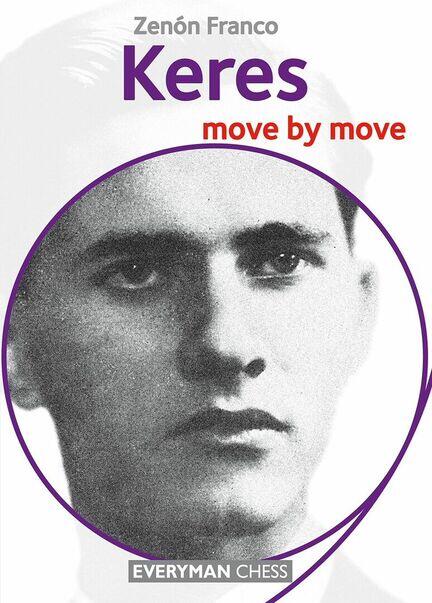 Estonian grandmaster Paul Keres is one of the greatest players in chess history. Along with Viktor Korchnoi he is one of the best never to have gained the ultimate title of world champion. He was numbered among the very top players in the world for more than three decades. He was an unusually well-rounded chessplayer, writing numerous books and, additionally, also composing problems and endgame studies. Paraguay grandmaster, Zenón Franco has long been a fan of Paul Keres and has now collected together 38 of his finest games, along with numerous extracts from other encounters.

The Move by Move series provides an ideal format for the keen chessplayer to improve their game. While reading you are continually challenged to answer probing questions – a method that greatly encourages the learning and practising of vital skills just as much as the traditional assimilation of chess knowledge. Carefully selected questions and answers are designed to keep you actively involved and allow you to monitor your progress as you learn. This is an excellent way to study chess while providing the best possible chance to retain what has been learnt.