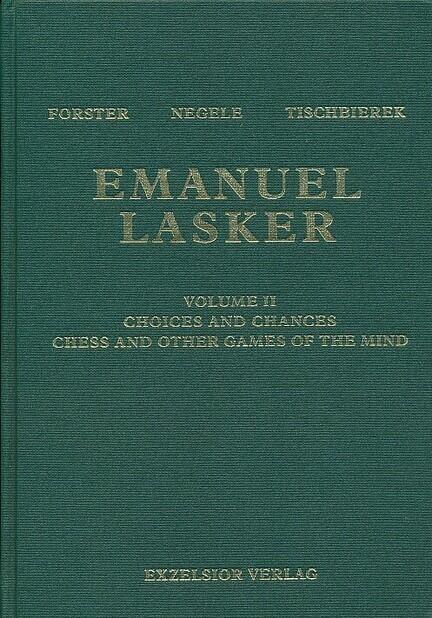 This book is the second part of our new trilogy on the second World chess champion, Emanuel Lasker. It is a major rework of the German edition of 2009, completely translated into English.

In this second volume, Mihail Marin and John Donaldson shed new light on some of Lasker's most important encounters in the middle part of his chess career, starting with the famous tenth match game against Carl Schlechter and culminating in his famous victory at New York 1924. Richard Forster examines the bitter aftermath of this pivotal event, which contributed to Lasker's subsequent long withdrawal from chess. The volume also offers an in-depth view of Lasker's dedication to various mind games beyond chess, with expert analysis of his achievements and contributions to Go and bridge by Theo van Ees/Christian Wohlfarth and Bob van de Velde. Wolfang Angerstein contributes a detailed essay of Lasker's own board game Lasca, with an appendix on checkers and Salta, and Lasker's contributions to the fledgling field of game theory are lucidly exposed by Jörg Bewersdorff. Finally, Lasker's life in the United States and Berlin between 1902 and 1914, as well as his later years in Holland, are covered with many new biographical insights by Michael Negele, Richard Forster, and Bob van de Velde, with a special contribution by Floribert Baudet on Lasker's unique friendship with the mathematician Han Baudet.

VII Foreword -  My Thoughts on Lasker