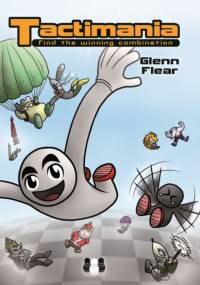 Tacticmania is a puzzle book with a difference. Grandmaster Glenn Flear makes sure the puzzles are unfamiliar to the reader by selecting them only from games played by himself or his wife Christine. The puzzles start at a moderate level then get steadily more difficult. The reader will be challenged by the puzzles and entertained by the manga-style illustrations that feature throughout. Glenn Flear is a respected grandmaster, author and coach. Early in his career, Glenn achieved one of the greatest-ever chess surprises when, as a last minute substitute, he won the London 1986 tournament ahead of a host of famous players. Glenn and Christine married during this event! Christine is a five-time French Women's Champion and their son James, a computer artist, created the illustrations.