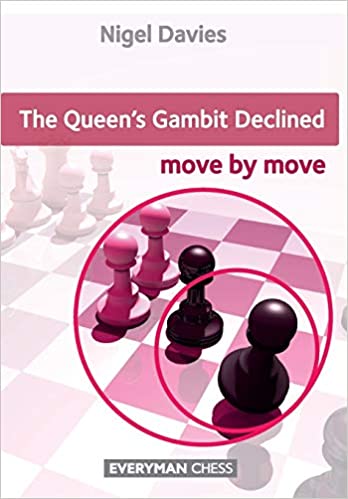 The Queen's Gambit Declined is one of the central pillars of chess opening theory. Virtually every world champion has played the opening with both the white and black pieces and it is a great favorite at all levels in chess. The reason for its enduring popularity is that it is rich in the classic strategic themes. Either side can end up with an isolated d-pawn, White can pursue a queenside initiative while Black counters on the other wing or White can attempt to build a powerful centre that Black hopes to undermine.The Move by Move series provides an ideal format for the keen chessplayer to improve their game. While reading you are continually challenged to answer probing questions – a method that greatly encourages the learning and practising of vital skills just as much as the traditional assimilation of chess knowledge. Carefully selected questions and answers are designed to keep you actively involved and allow you to monitor your progress as you learn. This is an excellent way to study chess while providing the best possible chance to retain what has been learnt.