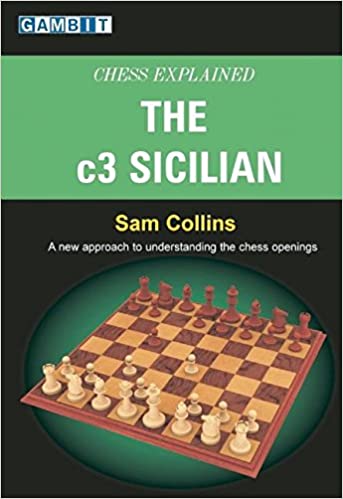 Chess Explained is a new series of books about chess openings. They are not theoretical works in the traditional sense, but more a series of lessons from a chess expert with extensive over-the-board experience with an opening. You will gain an understanding of the opening and the middlegames to which it leads, enabling you to find the right moves and plans in your own games. It is as if you were sitting at the board with a chess coach answering your questions about the plans for both sides, the ideas behind particular moves, and what specific knowledge you need to have.

The c3 Sicilian is one of White's most popular and poisonous ways to avoid the main lines of the Sicilian. White denies his opponent the chance to demonstrate his preparation in some chaotic system; instead he will have to fight carefully for equality in a more rational position of White's choosing. There are plenty of tricks and traps in the c3 Sicilian, and the open piece-play that often results can lead to quick attacks and means that careless play will rarely go unpunished.