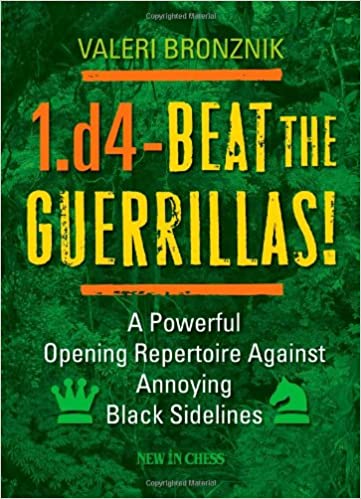 This manual fills a big gap in chess literature. After 1.d4, probably the most widely played opening move in the world, Black can avoid main line theory by deviating into a whole variety of irritating unorthodox sidelines. White players often stumble into unknown and dangerous territory where their tricky opponent awaits them, fully prepared.Acclaimed chess author Valeri Bronznik provides sound and user-friendly answers to no less then nineteen unusual variations and gambits. Against the Budapest Gambit, Marshall Defence, Englund Gambit, Baltic Defence, Schara-Hennig Gambit, Keres Defence and many others, chess amateurs are presented with easy-to-learn plans and comprehensive counter-attacks.After studying this book, club and internet chess players will be fully armed to deal with all of Black's offbeat tries. From now on they will be able to beat the guerrillas!