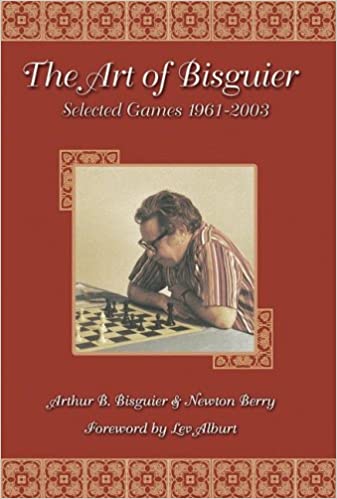 Arthur Bisguier is a living legend in American chess, having met and defeated some of the greatest players in the world. This is a collection of his best games - annotated by Bisguier himself - from 1961 through 2003. Each game is introduced with an anecdote and brief comment about Arts opponent and combined with many archival photos, makes this one of the great chess game collections ever. Arthur Bisguier has been one of America's most popular international chess grandamsters for over six decades.
His chess career includes the following victories: 1948 U.S. Junior Champion 1949 U.S. Junior Champion 1950, 1956 1960 U.S. Open Champion 1952 Vienna, 1st 1954: U.S. Champion 1970, 1974, 1978 National Open Champion 1973 Lone Pine 1st 1989