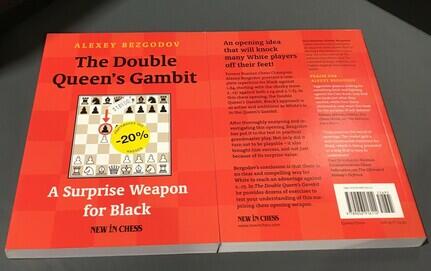 GM Paul van der Sterren skriver i 'Fundamental Chess Openings':
"There is probably a lot to be discovered here and, being as unfashionable as it is, it could well make a wonderful surprise weapon for those who are prepared to put some work into it.".

An opening idea that will knock many White players off their feet!

Former Russian Chess Champion Alexey Bezgodov provides a complete repertoire for Black against 1.d4, starting with the cheeky move 2…c5! against both 2.c4 and 2.Nf3.

After thoroughly analysing and investigating, Bezgodov has put the opening to the test in practical grandmaster play. It not only turned out to be playable – it also brought him success, and not just because of its surprise value.

Grandmaster Alexey Bezgodov (1969) was Russian Champion in 1993 and came shared first in the 1999 Ukrainian Championship.