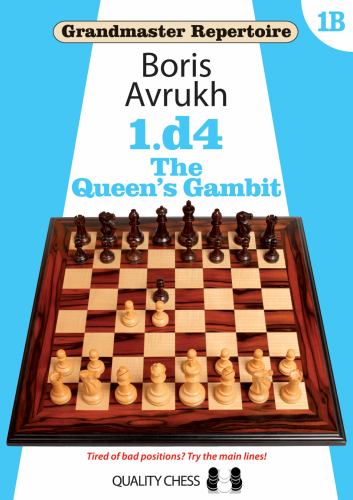 When Boris Avrukh released his 1.d4 repertoire in 2008, it revolutionized chess opening books. As GM Michael Adams said: “The high-quality Grandmaster Repertoire series has taken this format to a completely different level.” Or as GM Glenn Flear put it: “This book represents nothing short of a technological advance in chess opening theory.”

Now Avrukh is back with an expanded, updated and revamped 1.d4 repertoire. Having covered the Catalan in the first instalment, Volume 1B supplies a top-class repertoire for White with the Queen's Gambit, covering defences such as the Slav, Queen's Gambit Accepted, Chigorin, Tarrasch and various others. The repertoire will be completed in Volumes 2A and 2B.