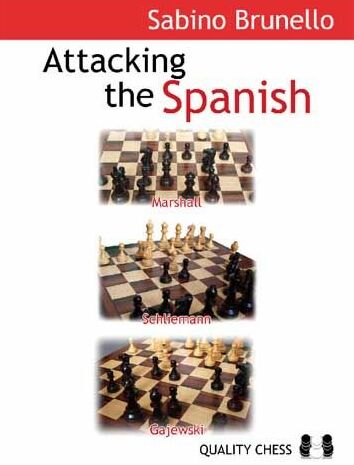 The Spanish opening, 1.e4 e5 2.Nf3 Nc6 3.Bb5, is so respected that many Black players immediately start defending. Brunello shows that Black can engage in a tense fight for the win right from the start. The three gambits considered in this book have all been recently tested by top 10 players.

1.e4 e5 2.Nf3 Nc6 3.Bb5 f5 The Schliemann, with its reversed King's Gambit flair, has always been popular with club players, but grandmasters knew it was unsound. Then Teimour Radjabov started playing it successfully against the elite and sparked a revival.

International Master Sabino Brunello is one of the leaders of the youthful revival in Italian chess. Brunello is still a teenager, but his rating is already 2550 and increasing daily. By the time this book is printed he will probably be a grandmaster.