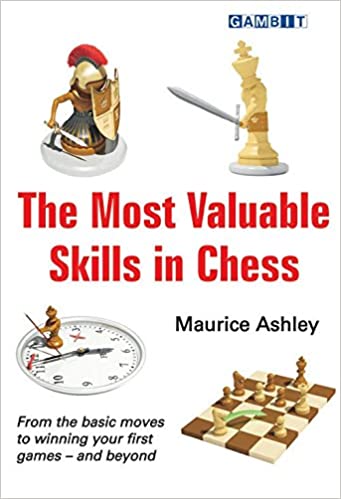 Ashley, Maurice: The Most Valuable Skills in Chess (PB)

Assuming no knowledge of chess beyond the rules, Maurice Ashley guides you on an inspirational journey through the world of chess tactics. He brings the pieces to life by examining their fundamental characteristics, and shows how their powers can be put to use to win pieces or give checkmate - the building-blocks upon which all chess skills are based.
He has been called the Tiger Woods of chess. In 1999, Maurice Ashley became the first African-American to qualify for the elite Grandmaster title, an achievement that was widely reported in the international media, including Time magazine, USA Today, New York Times, Sports Illustrated and The Times (London). Ashley is one of the highest-profile figures in American chess, and has commentated on the game for ESPN and Channel Four Television (UK).
He sees chess as playing a role in helping at-risk youth, and has coached a number of junior teams to victory in national championships, most famously the Raging Rooks of Harlem, whose achievement is planned to be the subject of a feature film. In 2003 he was named Grandmaster of the Year by the US Chess Federation.