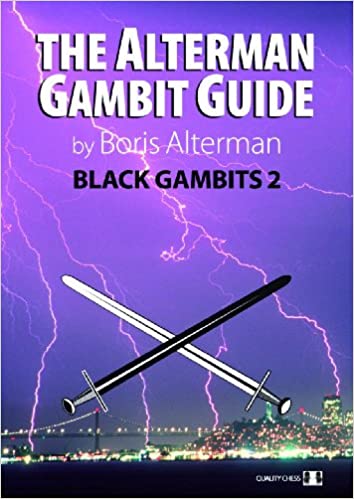 The Alterman Gambit Guide: Black Gambits 2 is an instructional manual for improving chess players.
Sharpen your tactics and learn to play dynamic attacking chess while studying the most entertaining gambits.
This volume deals with various openings after 1.e4 e5, and lines covered include:

GM Boris Alterman founded the Shevah-Mofet Chess Academy in Israel.
Alterman is a product of the Botvinnik-Kasparov chess school and he also helped to develop the Deep Junior program which famously drew a match with Kasparov and defeated both Radjabov and Deep Fritz.